January 11, 2019
"Pure unsoiled religion in the judgment of God the Father means this: to care for *orphans and widows in their trouble….." (James 1:27) *As in Matthew, the word implies personal service and help. [James Moffatt translation.]

When Friends of Burma first began in 1985, we focused on higher education primarily. In the 1990's the Karen Baptist Convention (KBC) began operating orphanages for the many children who were products of unrest in Karen and Shan states, and for children of very poor villages. Thus, FOB began supporting orphans.

We now support nine childcare centers under the KBC, one under the supervision of the Loikaw Baptist church, and one long time independent facility in Taunggyi, which was originally started by 3 sisters. Although there are other donors who give support, our support is crucial for the continued survival of the KBC facilities. Here is a success story for one of the orphans.

Naw Esther, first arrived at the orphanage on June 1, 1998 and began schooling in Loikaw from Grade 6. Rev. Richard Thawt, the then pastor of Loikaw Baptist Church, brought her from Daw-law-khu village after finding her as an orphan there. After failing the Matric exam twice, she attended the Kayah Seminary in Demawsoe for four years from 2005 to 2009 till she got the L.Th degree. She served at the orphanage for a year, then joined the Southern Shan State Seminary in Taunggyi for the B.Th degree from 2010 to 2012. Later she served at the orphanage as the boarding mistress as well as the spiritual teacher, dutifully caring for her younger fellow orphans with love and patience. She got married beautifully before God and man at Loikaw Baptist Church in January, 2018. She continued to look after the children till the end of their final exams in March, 2018. Only then she left the orphanage for good and went to live with her husband in Sar-boo-taung village in the Bago Division. She was the most obedient and dutiful among all the orphans who came to live at the orphanage. She is much loved and greatly missed by everyone, especially by the committee members.

Along with our support of orphans, we have over the years contributed to the health of various libraries. On Oct. 29, 2018, Alan Po, head librarian for Myanmar Institute of Theology, visited Neil and Diana on his way home to Myanmar the next day. Diana invited him to pick his "most desired" historical and relevant Baptist related books to carry back with him. These will be used for research and study at the seminary. There are two other seminaries on the compound that also will have access to these valuable books. Some date from the collection of Neil's parents, and include autographed copies of some mission related books. There is a total value of approximately $1,600.00.

The books will be marked with a bookplate inscribed with "Gift of friendsofburma.org". This is a donation to be used, protected, and treasured at M.I.T.'s library. It is just part of our years of supporting libraries for the good of the country and includes many books shipped to India and carried over the border to Chin State, the independent Dr. Chit Maung Library, and several other libraries throughout the country.

On Nov. 1, I was sitting in the office of a literacy organization here in Ft. Wayne when I noticed their very sophisticated and elegant mirrored logo wall decoration. I looked--and thought--FOB doesn't have anything like that to present to the public. (this is because we are a bare bones volunteer organization in which nobody in the U.S. is paid to do the work of our charity. Our hard working board members work free.) Then I saw fliers from an organization that offers low interest, partly refundable loans to students. And I thought--FOB has offered thousands of scholarship grants, not loans, to students in Myanmar since 1985. I want you to consider this as you pass on your newsletters and talk to your friends and put FOB's values on social media. We will rely on you subscribers to get the word out on the needs we are attempting to meet.

From the very beginning of FOB, our focus was on education. Following is a testimony to the meaning of education and how you, our donors, have helped so many students.

Dear Donor, First of all I would like to express my heartfelt thanks to you for your kindness. My name is Naw Bway Khu and I just graduated this September 2018 majoring in Business Administration. As I am the eldest daughter out of four siblings, my parents have difficulties sending me to the University. During my years at K.B.T.S. I learned subjects relating to Business Administration and marketing has become my favorite subject as I'm interested in creating and promoting my own ideas of products. I believe the knowledge and experiences I gained from KBTS would help me in my future career. At the moment, I'm trying to do my final year of University of Distance Education, majoring in English which will finish in November first week. I hope to apply for a job after the exam. I'm very thankful that although my parents cannot afford to send me to the university, the Lord has provided and made a way for me with kind people like you. I really feel very blessed and hope to become a person who is sharing my blessing with others. Thank you so much and I pray that the LORD will bless you richly. With best regards, Naw Bway Khu


Malaria is a very big problem in Burma. It kills many and if a person recovers they can have relapses if they get weak. The most cost effective way to fight malaria is with mosquito nets which protect people at night which is when the malaria mosquitoes bite. A good net has insecticide that kills the mosquitoes if they land on the net thus protecting the sleepers if they lie against the net. FOB has given out hundreds of nets to protect pastors and evangelists.

During the year 2018 FOB took in $407,602. Most of this was designated by the donor for a particular program the donor wanted to support or was for a program of their own that was within FOB's mission statement. Part of the undesignated money was from one donor who gives to support FOB's annual budget of $57,840. That left $27,167 in undesignated money that the board will allot at our annual meeting June 20, 2019. 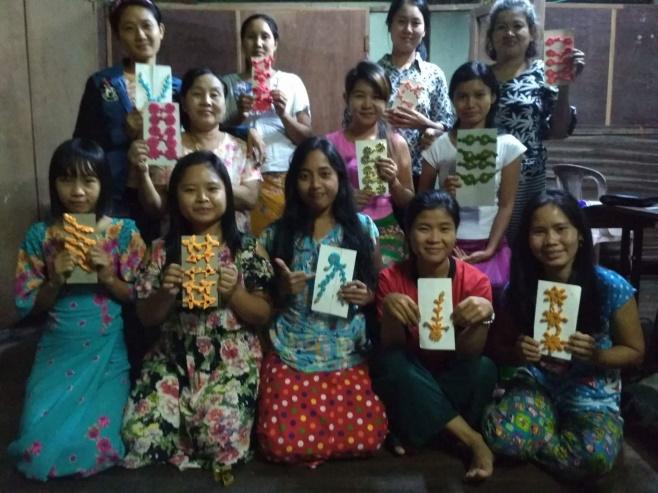 According to Naw Paw Gaw, whose Women's Empowerment Programs have been supported by you, the accomplishments of the mainly women's groups have been many. The groups are reaching milestones of saving, trust building, accountability, and cooperating in their various communities. Her comment, "I do believe that FOB members will receive joy and satisfaction when they see the positive life changes in group empowerment members."

The following are some of her reports:
Pwo Karen Women Department. This group is still going in gaining income generation. They provide loans to other women's groups each year. From the benefits of the loans, they provide skill training. This year they supported a Bible student from their profits.

Hpa Pun Women's Group. This group received funds of 300,000 kyats ($250 U. S. Dollars) from Friends of Myanmar Governing Board (FOMGB). (This group in Myanmar which disburses $20,000 a year.) They have plans to make a small scale business of printing local materials. The leader has attended training at the KBC Women's Department. During the month of July, because of flooding, they could not start as planned, but now they are preparing to activate the printing project and are very excited. They have great hopes for success. 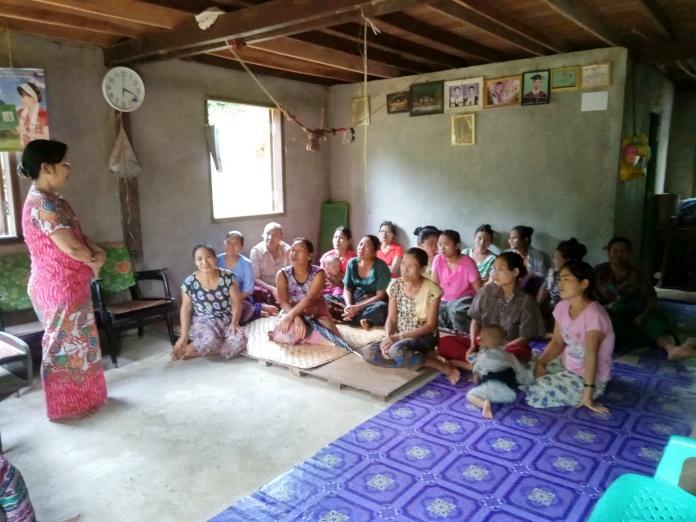 Mara Chin Women's Group. This group is run by Rev. Mrs. Mai Ki. They received FOMGB funds of 300,000 kyats ($250) on July 24, 2018. They will encourage mothers to increase their income by providing initial funds for traditional weaving in the village. They will make materials available and link to the markets in Yangon. Emphasis will be placed on children's education.

Many thanks for your most generous gift of 207,000 kyats ($138) to Hsaw Htit Bible School for glasses. Lady Paw, Principal.

We want to ask you who are on our mailing list to do three things to help FOB.
Some of you retired people have IRA's and must take the required minimum distribution (RMD). You pay taxes on this distribution. The good news is that rolling over part or all of your RMD to a charity like ours can help reduce your tax bill while supporting our cause. If you are 70 ½ or older, you can direct your IRA administrator to distribute a gift to Friends of Burma. 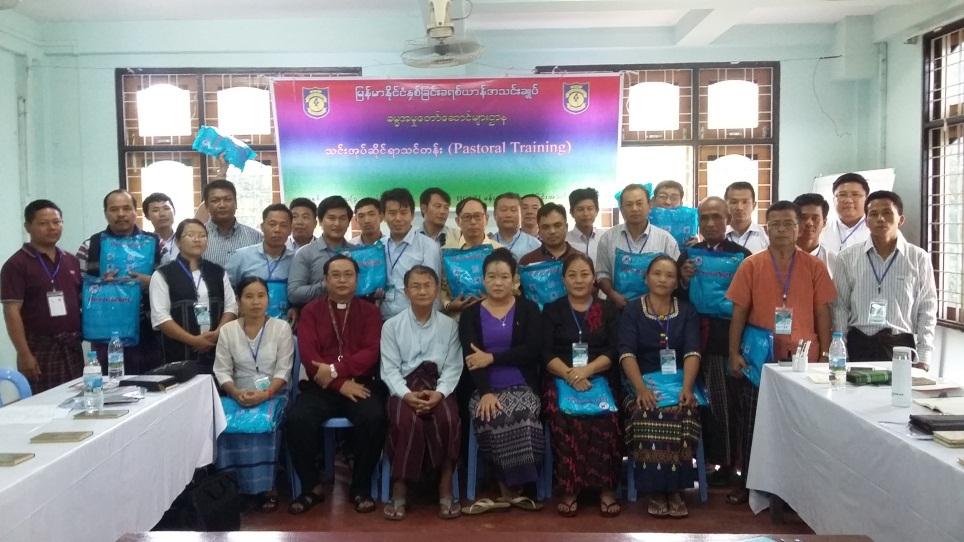 21 Ministers from Language and Regional Conventions who received mosquito nets. 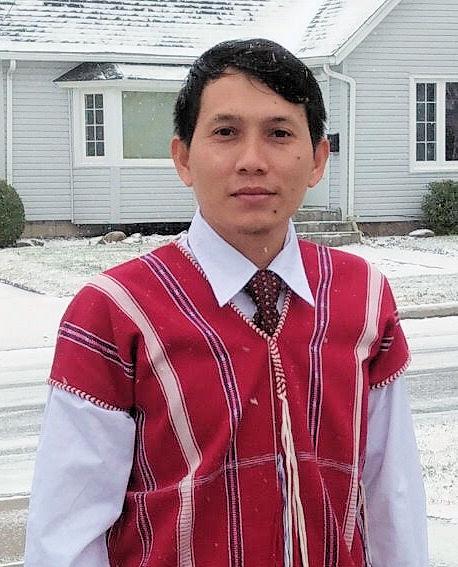 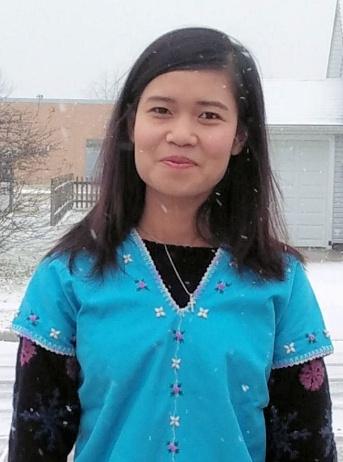 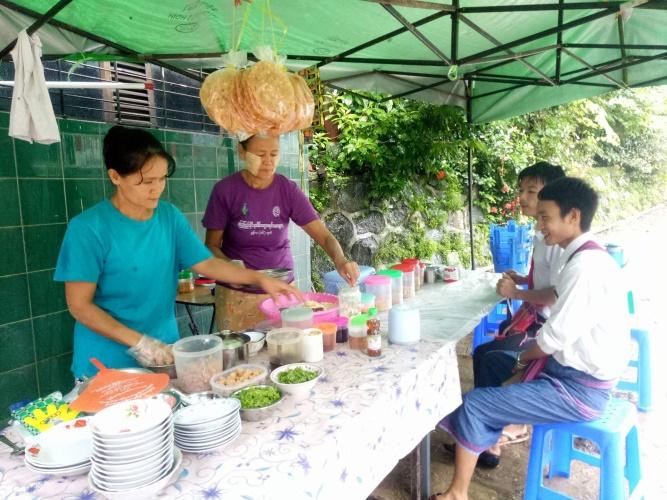 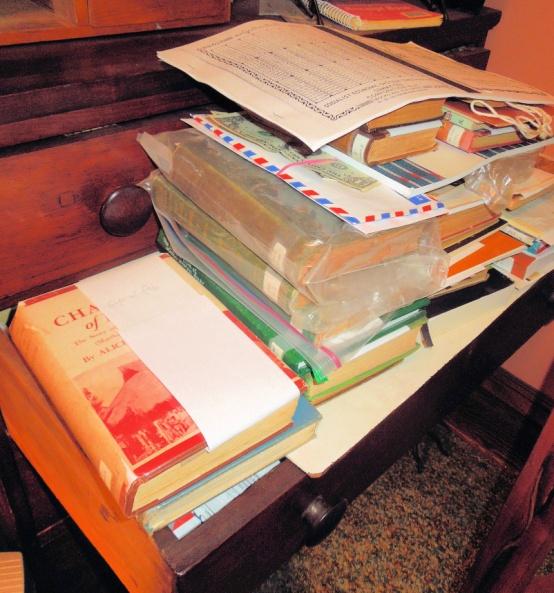 $1,600 worth of rare books on Burma missions from Diana's Library for MIT's library.

Popular posts from this blog

February 14, 2021
Dear Faithful Supporter of Friends of Burma, Inc. There has been a military coup in Myanmar (Burma) that has overthrown the lawful government of Aung San Suu  Kyi.  There have been anti military demonstrations resulting in injuries. Plus covid cases.  The result is that the hospitals in Yangon have been overwhelmed with patients.  Some hospitals have been forced to close for lack of personnel.  Other hospitals have run out of space in their halls and are turning people away. http://friendsofburma.org/donate/ The result is they are coming in large numbers to the KBC Hospital in Insein which we have supported.  We gave that hospital $8,000 in October to help them deal with the Corona Virus crisis.  That money came from undesignated funds that had accumulated during the year. We have received an e-mail requesting more money for medicine, and other supplies to help them deal with the crisis at the KBC Hospital in Insein. We disbursed all our reserves at the October Annual Meeting of Friend
Read more 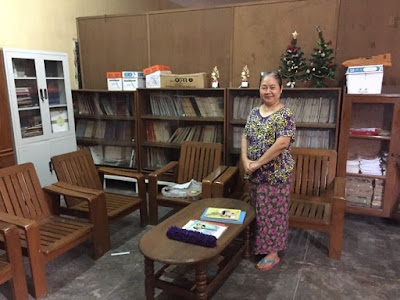 The Music that Adorns Churches by Adam Maung Since I came back to Myanmar last year, I have been attending the same church where I was baptized on Insein seminary hill. Amazingly enough a lot within the church building - the pews, the lightings, the banner, etc. -  have remained the same for the past 25 years! Thramu Tah Mla Paw Meh at CMD Music library However, the one noticeable transformation is a beautiful choir music by seminary students. The beautiful voices, nicely arranged music, a polished piano all add to a wonderful worship experience.  The person in charge of the choir is my childhood friend Thramu Ta Mla Paw Meh, who is the head of Church Music Department (CMD) at Karen Baptist Theological Seminary (KBTS).  Some of you may recall that FOB has supported her and her department periodically in the past.  One weekend afternoon I decided to visit my longtime friend Thramu Ta Mla Paw Meh and her program. About 20 years ago, KBTS introduced CMD, and it has since made a s
Read more 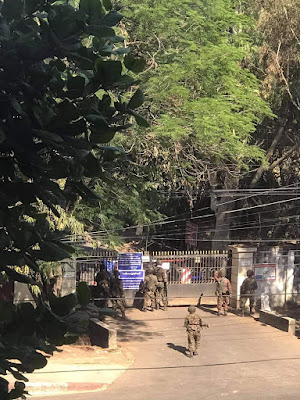 "A generous person will prosper; whoever refreshes others will be refreshed." Proverbs 11:25 We can’t thank you enough for all you have supported in this time of need in Myanmar. Because of your kindness and concern, lives are being transformed daily through the power of Jesus Christ. These are a paraphrase of words from our friend, Rev. Donovan Coley who is the leader of the Rescue Mission here in Ft. Wayne. He is much more eloquent than we are. Military Coup and Ongoing Protests On February 1, 2021, Myanmar’s military overthrew the democratically elected parliament and took over running the government. Perhaps they were surprised by the landslide victory of the National League for Democracy (NLD). Perhaps they have also been surprised at the overwhelming resistance to this action. Since then, the citizens have taken to the streets and the airwaves to defy the military. There have been shootings and all of it is documented by the younger generation in spite of obstacles pu
Read more